The following submission Sallie Mae Student Loan Forgiveness – Is It Available To You? is courtesy of the official My Credit Counselor site

Does Sallie Mae offer such a thing as loan forgiveness?

If you’re wondering if Sallie Mae loan forgiveness exists, you should first understand a little more about the lender. Sallie Mae is a name that is ubiquitous within the student loan industry, and rightfully so. Beginning with a head start as a government organization that converted to a private organization, Sallie Mae and now Navient dominate the private student loan market. Long before they split into two companies, Sallie Mae was the subject of many regulatory lawsuits . It did not take Navient too long to also fall under scrutiny and become the subject of multiple state and federal regulatory actions which are still ongoing. Chances are, if your private loans were originated by Sallie Mae, they are now more than likely serviced and held by Navient – but as with all private loans there are exceptions to every rule and trend, and lenders try new strategies on a fairly regular basis.

Sallie Mae does not offer any traditional “forgiveness programs” for private student loans, except for very rare cases such as the Career Education Corp fallout which, unlike other for-profit college regulatory lawsuits, dealt primarily with private loans. In that ruling, it was Career Education Corp itself that is responsible for the forgiveness payments of the private loans borrowers took out. Sallie Mae, and it’s sister company Navient do sometimes offer settlements under certain conditions. However, borrowers attempting to settle on their own often run into issues with aggressive debt collectors, not knowing what stage of the collection cycle to maximize the savings of a settlement while minimizing risk; and making common mistakes like opening up with the offer that you want to settle for or disclosing too much about personal finances.

In 2014, Sallie Mae “spun off” or split into two companies. Navient would handle most of the servicing for federal loans and origination plus servicing for private loans, while Sallie Mae themselves became an FDIC insured bank (and thus the end of Sallie Mae federal student loans as a government-backed guarantor). However, not all loans were transferred to Navient – Sallie Mae still retains some. I still run across these and settle them from time to time when we do see the rare SLM loan that was not transferred to Navient (more on this later). This is very rare. For instance, I have come across this about 3 times in the last 2 years.

In my opinion, a big reason for them splitting into two companies was to re-brand and get past some of the baggage that they were associated with. Unfortunately for them, it didn’t take long for their new subsidiary/spin-off Navient to develop a negative reputation of their own, as both a consistently negatively ranked federal loan servicer; and a private loan lender with few options whose loans appear to never go down for many borrowers, despite on-time and even additional payments.

This was not the typical kind of partnership between two student loan companies – the easiest way to describe it as that Sallie Mae split into two separate companies – sort of like cell mutation. The CEO for Sallie Mae previously was Jack Remondi. Guess who the CEO for Navient is now?

So this was not the typical type of merger between two separate companies. I have also talked to reps at Sallie Mae who used to work for Navient, and vice versa. The two companies are very closely related and there is somewhat of a revolving door between them; but despite that they follow two very different tracks when it comes to settlement negotiation and how they handle defaulted accounts.

I can typically negotiate good Navient settlements soon after charge-off (default). In some rare occasions, where Sallie Mae borrowers find their loan that has not been transferred to Navient, follows a very different track despite the similarities between the two companies. Sallie Mae used to do some settlements with their internal Recovery department (similar to Navient, and they may still do this), but recently I have noticed a different track that almost resembles the type of strategy that a lender like the National Collegiate Trust would take.

On a recent Sallie Mae settlement, the loan was actually sold to a debt buyer – which other than NCT, and to a lesser extent Discover and Citi, is extremely uncommon in the private loan industry (Navient never does this for example). The debt buyer then assigned the account to a collection agency staffed by some rude and unprofessional agents whose clear strategy was to hardball me for months (nearly a year). During this time I was working with both the debt buyer and the collection agency, and communicating with a manager at the debt buyer’s company – the multiple points of attack strategy.

The debt buyer recalled most of the loans back to their office after some time, once they realized the collection agencies hardball tactics won’t work with me,  but still left one small one with the collection agency – an odd practice that does not make sense from a collection standpoint. Once the debt buyer for SLM recalled the majority of the loans, I was able to negotiate a sub 50% settlement with them – not as good as what we would get with Navient, but still very good (I consider any settlement at 50%-55% or less to be a good private loan settlement). Previously I was able to negotiate 40% settlements with SLM internal recovery, but apparently they are trying a new strategy of selling defaulted loans to a debt buyer (US Asset Management in this case).

Unfortunately, my client recently experienced a major unexpected medical hardship and can only afford to settle the larger account (close to $50k, while the smaller account is close to $10k). In these situations I always recommend settling the larger threat, because it is the larger, more powerful barbarian at the gates of the castle wall (to use one of my favorite analogies).

A larger account has the threat of going to a collection attorney much more so than a smaller $10k account. So we deal with the biggest threat and defeat the barbarian who is battering against the castle walls. The smaller $10k account poses little to no threat of this – just a long term drag on credit for the most part – we wait them out and grind them down until they settle. I have heard about lawsuits on private loans as small as $4k, but these are very very rare. We will let it get kicked around for a while, age it out, and then settle it down the road once the family gets back on their feet from this major medical event with major costs associated.

I told this third party collector, who was collecting on behalf of the debt buyer, that if they had just worked with me.. if they had given me this same offer three or 6 months ago on the small account, we would have taken it! But now a serious medical problem has left my client with only funds to settle the biggest threat. Too bad for the collection agency – it’s their loss. Time and effort spent, for nothing – all because they were unreasonable about the smaller account for months and months. I know how to execute a quick victory and take steps to limit my opponent’s offense, and I also know how to grind down and opponent for months and win a war of attrition. Each negotiation requires a unique strategy based on the circumstances.

At one point the collection agency, who only had the small account (inexplicably not recalled back to the debt buyer with the others) told me that they offered a settlement that equated to roughly 70% (terrible). They said I had 7 days to take advantage of the offer, which was presented to me in early February, and they said this in a very serious tone. I tried, but could not hold back uncontrollable laughter – simply because I know better.

The collector made the mistake of talking to me the same way they would to a normal borrower, who would not know if what they were saying was true or not (unlike me – one of the advantages of hiring the best private student loan negotiator in the US/world in addition to total net monetary savings and the peace of mind of having an ironclad settlement).

I tried to have a conversation after that along the lines of, “hey, I’ve settled millions in private loans and been in the industry in a long time, and the tricks you use with borrowers don’t work with me”. They stuck to their “hardball” script and I ended the call still laughing. Of course a few weeks later, past the “7 day deadline” I get a call with a much better offer. I scolded them for not accepting my repeated offers and counter offers over the last 10 months before the medical emergency took place with this family. Now we just let the small account marinate and let them reflect on the lost opportunity on the small account (at least for now). But the most important things is that the larger account, which had a serious threat for potential legal action because of the size, will be settled for roughly 48%.

Depending on your situation, I will impose my will, utilize past strategies, overcome resistance, and go for a quick finish. Or, if circumstances dictate, we will drag your lenders into deep water and win a war of attrition over a long period of time (I should know which of these scenarios to expect during our initial evaluation – but again, there are always exceptions and lenders do try new strategies from time to time).

To conclude – this is the closest thing that exists for Sallie Mae loan forgiveness for the vast majority of borrowers (except for very rare cases like the regulator action against Career Education Corp, which is only for a limited number of borrowers; that I will be writing about in my next blog).

I enjoy difficult situations where I have to put my full 10 years of negotiating experience into play to solve complex problems while dealing with unexpected variables issues with my clients or with the lender (which sometimes pop up). I’m creative, adaptive, and flexible. Call my office today at 937-503-4680 to schedule an evaluation, or better yet, fill out my evaluation form here. 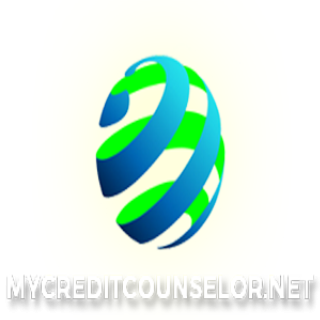